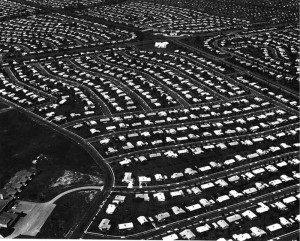 There are hundreds of thousands of Homeowners Associations (HOAs) in the United States. Did you ever stop to think about how these HOAs arose? Most new developments in fairly developed areas are required to form an association before the local government will sign off on the development or permit any construction to begin.

A home is often the largest investment we make in our lives.  Purchasing a home is a large emotional investment as well. The emotions of home ownership often clash with the some of the purposes of an HOA (to maintain the common areas, to keep things largely uniform and to keep owners compliant with the rules established). Doing whatever you please to or in your home when your home is in an association is not always an option. Problems often arise in HOAs that are largely comprised of individuals who have never lived in a home in an association and who do not understand the purposes and functions of an HOA. A better understanding of associations can prevent many issues or problems.

Associations are an interesting addition to developments in the United States. Prior to the creation of associations, many of the functions currently performed by them were performed by local municipalities. These functions might have included:

As local municipalities struggled with funding and performing these maintenance functions, they began requiring that these functions be performed by private associations created to manage new developments.

By requiring that new developments include a homeowners association, a local city or municipality can avoid the expenses associated with maintaining improvements within a development. Cities soon realized that it was far easier (and cheaper) for them to require these new associations to perform the maintenance functions that they traditionally performed. Most new developments, therefore, require that an association be created as part of a new community development.

With this realization and shift in maintenance and management of local areas, the modern HOAs arose.  Since they began, they have swept through the Nation.  I’m sure you have had some experience with an HOA.  Has it been a good experience or a bad experience?